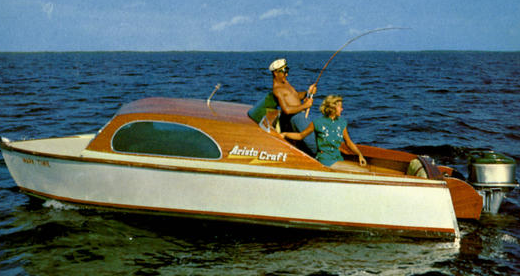 Atlanta Boat Works began manufacturing AristoCraft boats in 1946 following Claude Turner's return from service during World War II. Production began with five employees at a downtown Atlanta location. These early days saw the production of an open fishing-type boat which was replaced in 1947 with the models that AristoCraft is known for.