Since 1959, Avon Inflatable has built tender and lift rift boats acting to support larger vessels. Avon Inflatable is located in South Wales and has the proven recognition of over 200,000 boats sold. Hand-built products, the boats of Avon Inflatable are designed to meet standards set by the United Kingdom’s Royal National Lifeboat Institution as well as the United States Coast Guard. In one incident, one Avon Inflatable lift rift facilitated a success rescue after 117 days at sea. 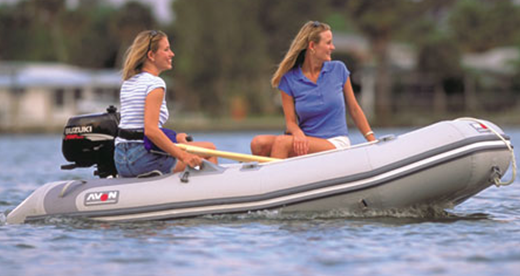 AVON has an enviable reputation among the most discerning of boating enthusiasts, boat builders, and professional users world-wide. More than 50 years of experience has allowed them to become the worldwide specialist in Jet Rib Tenders. Attention to detail and quality standards ensure that AVON maintains its premier position in world markets. Our global network ensures we are well equipped to meet the needs of our global customer base and deliver a first class product and service support wherever it is needed. AVON is offering a wealth of experience and expertise that is difficult to match.