A builder of high-performance boats originally targeting the racing community, Checkmate Boats Incorporated has applied much of their initial power sport lessons to the customer industry. Handmade fiberglass performance boats define Checkmate product line. Not only assuring performance, craftsmanship is important to Checkmate Boats Incorporated. The company makes every attempt to water test their boats before they‘re sold to customers. 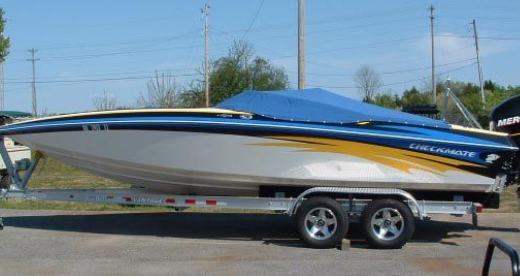 Checkmate is about speed. It’s been this way since 1963 when Bill Combs set out to build the finest, fastest, best performing racing boat at his factory in Bucyrus, Ohio. By his own admission, Bill was obsessed with racing. He originally began by modifying boats. He then realized that it made sense to build his own racing outboard – and Checkmate was born. With his high performing outboards in tow, Bill and his sons hit the racing circuit in the late 60’s - early 70’s. Almost overnight, Checkmate boats and racing became synonymous. Throughout the ensuing decades, Checkmate continued to dominate the racing circuits.