An Italian powerboat and yacht builder, Cranchi has built a global reputation in the marine industry since 1870. Since the formulation of the Cranchi, the company has preserved their dedication to quality even while their manufacturing facilities can turn out a vessel on average every 2 hours and 44 minutes. Producing sporty bowriders, Cranchi production yachts range up to 66 feet in length. In the United States, Cranchi was imported briefly through the mid 2000s.

Find your CRANCHI boat cover below: 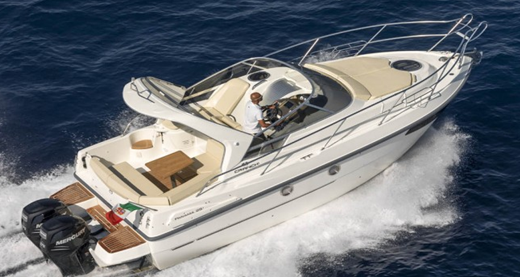 Il Cantiere Nautico Cranchi® Srl was originally set up on the banks of Lake Como by its founder, Giovanni Cranchi.In his home village, San Giovanni di Bellagio, the enterprising Giovanni opened his first workshop around 1866, even though the true date of foundation of the company is 1870, the year when it was officially registered.Originally, the company made boats on commission for fishermen and for the transport of goods and passengers.At the end of the nineteenth century, Lake Como was the site of a large number of operations linked to the nautical world, at a time when there were neither motor vehicles nor roads. With the various types of traffic on the lake - merchant shipping, military operations and, later, tourist excursions - it was possible to see vessels of every imaginable kind on a waterway which was the scene of much more intense activities than those of the present time..