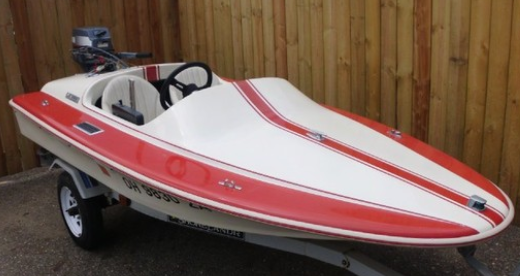 G-W Invader, (sometimes listed as GW Invader), began production in 1967 with its 10-foot and 16-foot boats. The "G-W" indicated the last names of the founders. The initial designs of 10 and 16 footers were that of sport racing boats with a very low profile, low weight, and shallow draft. The Invader hulls and decks were constructed of fiberglass over a wood structure or frame. Models were available in a variety of colors as well as unique color combinations at an added cost to the customer. G-W went on to increase the models and styles of boats. Arnie Gray sold his portion of G-W Invader boat factory to George Wooldridge before he moved to Tampa, Florida where he lived until he died in 1997. Transfer of ownership after sale to Mr. Wooldridge has been mentioned but not substantiated. Roger Harmon bought the company in 1985, and later sold it in 1995 to a Muncie, Indiana-based investment firm. G-W Invader expanded and moved into a new factory in Tipton, Indiana in 1993, a building formerly occupied by Pioneer Hi-Bred. Shortly after the expansion, they filed bankruptcy. G-W Invader ceased production of boats after 1997.