Find your GO-DEVIL boat cover below: 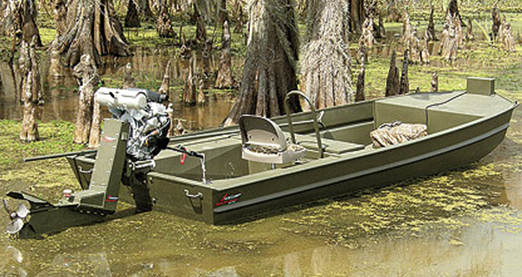 In 1977, at the age of 22, Warren Coco of Baton Rouge, Louisiana, founded a business that was to become an important and influential member of the waterfowl industry, Go-Devil Manufacturers of Louisiana. Coco has been able to turn his passion for duck hunting into his full-time job and livelihood Prior to the construction of the first Go-Devil motor, Coco had built several versions of inboard mud boats. Each of his creations had certain limitations. Knowing Coco's abilities, a buddy of his told him about a "funny looking motor" he had seen while hunting in Louisiana. Upon seeing the motor, Coco literally fell to the ground with laughter, and stated boldly, "That thing will never work!" The motor was constructed from a 40-year old Briggs & Stratton cast-iron engine, a universal joint, a drive shaft with a rubber hose for a bearing, and a bronze prop, mounted on a 1960 Evinrude transom bracket. The concept for the engine was brought back from Vietnam.