Under Dougherty Marine, the Marlin line of center console and dual console powerboats were manufactured from 1993 to the 1995 model year. Starting with an 18-foot watercraft, Marlin/Dougherty Marine product line-up would expand to cover a range between 15 and 21 feet in length. Florida based Marlin/Dougherty would become known as Edgewater Power Boats in 1996. 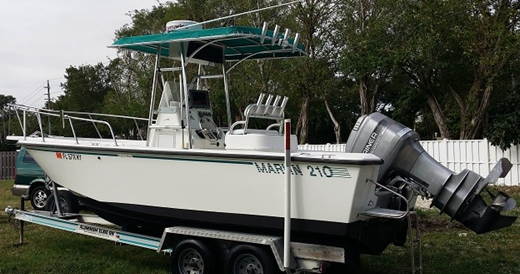