National Boat Covers offers the widest variety of high-quality boat covers for Maxum Marine Boats. Choose the perfect fit boat cover for your exact model and size Maxum Marine Boat using our drop down selector menu. Our boat covers are made with waterproof heavy-duty marine grade fabrics such as Sunbrella, Sunflair, and Marinex. These are the best semi-custom fit covers on the market today. 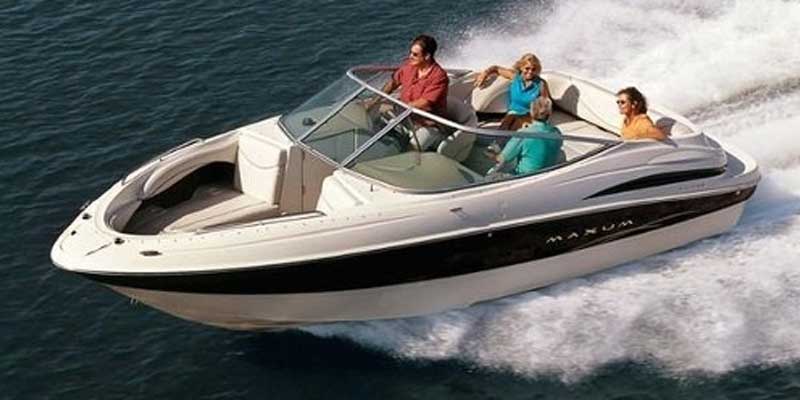 The Maxxum Marine company was founded in 1988 by brothers Lloyd and Stacy Slonecker. Born and raised in Eugene, Oregon, the brothers grew intimately familiar with the Willamette River after their parents built a home on the river just downstream from where it merges with the McKenzie River. Earlier in their careers, Lloyd and Stacy both built custom aluminum boats ranging in length from 13 to 28 feet. The brothers chose the Maxxum name to stand for maximum strength and maximum performance.
Today they customize and sell boats from Thunder Jet, Boulton, Crestliner, and Fish Rite Boats. Maxxum Marine is also a factory authorized service center for Suzuki, Yamaha, Tohatsu and Mercury outboard motors.