Assembling affordably priced center console fishing boats in 1987, Sea-Pro Boats line-up expanded to include dual console, deck boats and cuddy models. While wearing a lower price tag than other comparable boats, products of Sea-Pro have been held to rigorous quality testing such as a water test for each craft. Brunswick Company bought Sea-Pro in 2004, but production of the brand ended two year later. 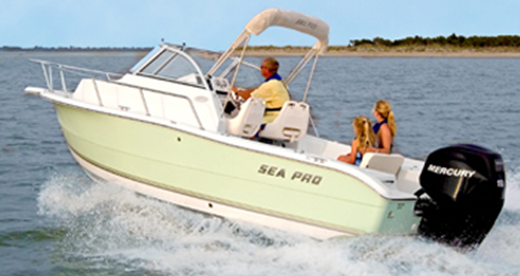