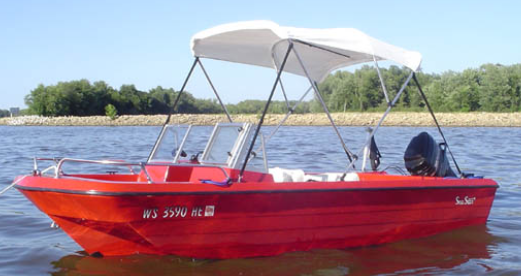 Glastex Company president and founder, William J. Horvath, expanded the company to a 47,000-square-foot (4,400 m2) facility in Monmouth, Illinois after an early-1958 zoning dispute regarding manufacturing use of the 7-acre (28,000 m2) property and the 9,000-square-foot (840 m2) building located there. In 1958, Glastex employed twenty-two people and produced on average six boats a day before expanding to Monmouth later that year. Felt Enterprises bought the Glastex Company in 1961. The Monmouth, Illinois facility began building Sea Star Boats in 1968 and continued until 1981. Reorganized in 1982, Felt Enterprises built Mach I Boats until 1991. In 1993, the company was reorganized again and was known as Envision Boats, Inc. which operated until 2009.