Buying the 15-year old Slickcraft Boat Company in 1969, American Machine and Foundry (AMF) operated the marine business through the 1970s. Producing a range of fiberglass recreational boats, Slickcraft/AMF offered bow rider and cuddy cruiser vessel configurations ideal for a long range of activities. Ultimately, the decision in the legal challenge of deciding which name to used was minimized by Slickcraft/AMF disappearing from the marketplace in 1980.

Find your SLICKCRAFT/AMF boat cover below: 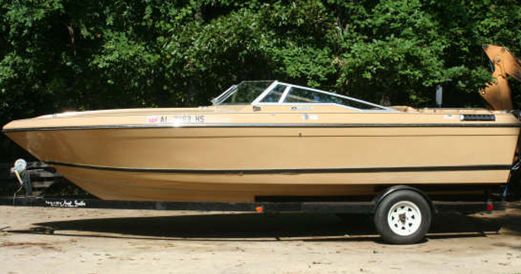 Throughout the late 1960s, the SlickCraft name became synonymous with quality and affordability.  It also attracted the attention of conglomerates interested in acquiring boat building companies in attempts to diversify their holdings into the recreation market and attract potential stock holders.  After much thought and prayer, the Slikkers family decided to sell the company to the AMF Corporation in September 1969.  As part of the sales agreement, Leon would stay on as president of the SlickCraft Divison of AMF.  A further stipulation required Leon not to build powerboats for five years from the date of the sale, should he leave AMF.  After only a short time with AMF, Leon began to see that the new company did not plan on using the same quality materials in their SlickCraft boats that he had.  A little over four yars later, he left AMF and immediately began experimenting with a fiberglass sailboat design that would not violate his non-compete clause with AMF.