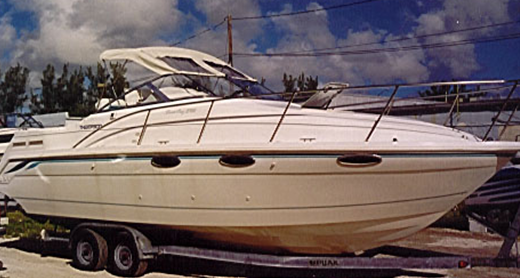 The family came from Denmark and settled in Racine, Wisconsin. Around 1899, they moved to undeveloped farmland near Peshtigo. Thompson Bros. Boat Mfg. Co. was incorporated in 1912 and by that time, six Thompson brothers were involved: Peter, Chris, Edward, Theodore, Adolh (Tom), and Richard. Their sister Hanna (Johanna) was office manager. A new factory complex was built within the city limits of Peshtigo in 1912 and the operation was moved from the cramped quarters at the Thompson farm, a few miles north of town. Thompson soon became the largest builder of outboard boats in the world.