Building speedboats powered by stern and jet drive propulsion, Ultimate Warlock was founded by Carter Read in 1990. Ultimate Warlock ranged in lengths between 20 and 32 feet utilizing v-shaped as well as catamaran shaped powerboat hulls. Though build for performance, the boats produced by Ultimate Warlock features space and comfort for family and friend cruising. Changing its name to Warlock Powerboats after the 1999 model year. 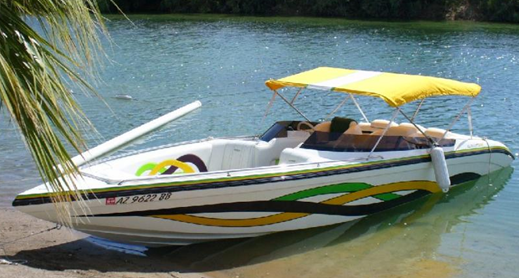