Find your UNIFLITE boat cover below: 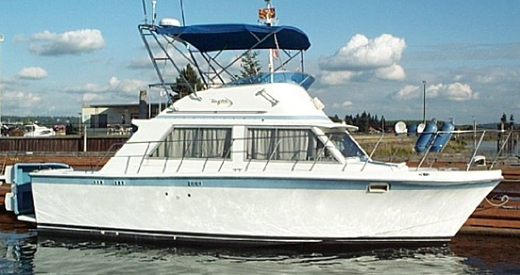 Uniflite (United Boat Builders) was started in Bellingham, WA by Art Nordtvedt in October of 1957, with the first boat an all fiberglass 17' outboard.  Uniflite then went on to build a 14', an 18' and a 20' outboard and inboard/outboard boats.  Art and many of his crew had worked for Bellingham Shipyards building Navy Mine Sweepers and Bell Boy Boats before starting Uniflite.  Art said the name came from a united crew.  One of Art's crew was Bob Moors who worked at Uniflite almost from the beginning and was Production Manager from 1970 until 1984 and then Vice-President and General Manager of Chris Craft from 1984 until 1989.  Another of Art's original crew members was Paul Jansen who worked in fiberglass production.