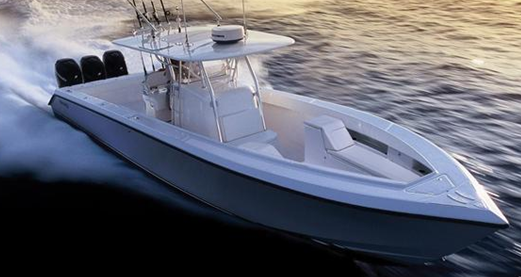 Founded in West Palm Beach, Florida, Venture Boat Company tooled its first signature deep vee hull in 1994. Venture launched its 34’ center console in 1995, followed by a 34’ cuddy cabin. Word spread quickly about Venture’s solid ride and outstanding performance. A dealer network was established in 1998 and sales took off. By the time Venture launched its legendary 39-footer in 2004, the company had earned a reputation for building the finest open fishing boats on the market. As demand grew, Venture added a 23’ bay boat and the popular 27’ open to their lineup.