National Boat Covers offers the widest variety of high-quality boat covers for Weeres Pontoon Boats. Choose the perfect fit boat cover for your exact model and size Weeres Pontoon using our drop down selector menu. Our boat covers are made with waterproof heavy-duty marine grade fabrics such as Sunbrella, Sunflair, and Marinex. These are the best semi-custom fit covers on the market today. 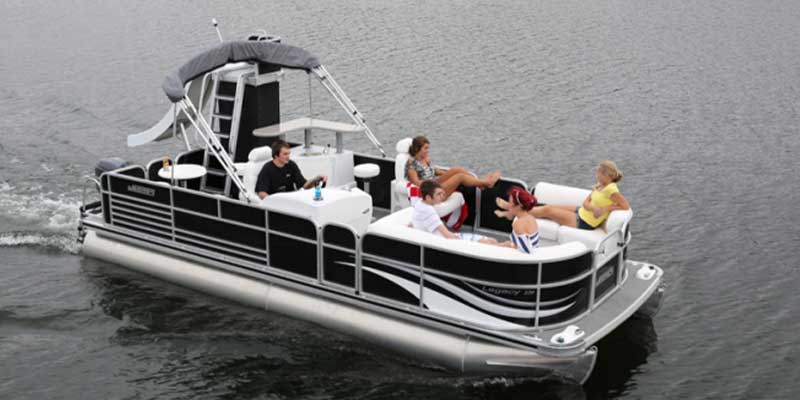 Weeres Pontoons was formed in 1952 from a farmer’s simple idea. In the rural town of Richmond, Minn., Ambrose Weeres had theorized that if you put a wooden platform on top of two columns of steel barrels, welded together end to end, you would have a sturdy deck that would be more stable on a lake than a conventional boat. With his first prototype, the pontoon boat was born. Living in the land of 10,000 lakes, Weeres thought his idea might have some marketing potential. He started out building a small number of boats, calling them The Empress, and sold them locally with the help of a few dealers. Little did he realize just how popular these boats would become. Weeres’ workshop couldn’t keep up with demand, so he started his own company, Weeres Pontoons, and was soon given the moniker “Mr. Pontoon.” In 1991, Weeres was elected to the Minnesota Marine Hall of Fame for his contribution to the world of boating. Sixty years after that first boat, Weeres Pontoons are still being built, but with all the technological advancements of twenty-first-century manufacturing.